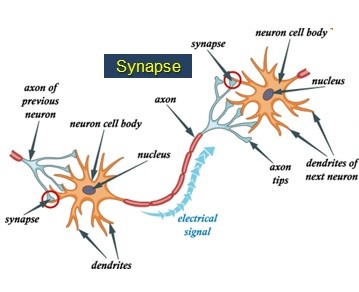 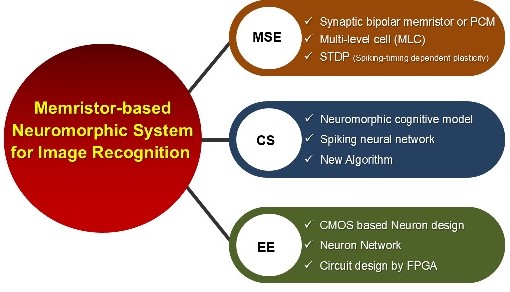 Current computer is a fast computing machine, not a thinking device like our brain capable of intelligent recognition. Some brain functions such as speech recognition have often been emulated by computers, but the way they are implemented on computers is inherently different from the way the brain realizes these functions. The brain is a vast array of neurons and synapses. Each neuron receives stimuli from adjacent neurons connected through synapses; once a neuron is adequately stimulated, it in turn stimulates (or fires) other neurons that it connects to. The way a set of neurons is connected through synapses and how they stimulate other neurons determines a particular function.

Our research goal is to discover the best way of realizing neurons and synapses, and how to extract the connections and firing rules for each particular target function. This can be done collaboration including memristors (synapses), devices and circuits (neurons), algorithms (connections and firing rules), and systems (target functions). Especially, we focused on memristor based neuromorphic computing system, emulating the potentiation and depression process based on identical pulses called Spike-timing dependent plasticity (STDP). Our memristor-based synapse show gradual resistance transition between Low Resistance State (LRS) to High Resistance State (HRS) which is essential for multi-level cell (MLC) behavior needed for complex neuromorphic computing.